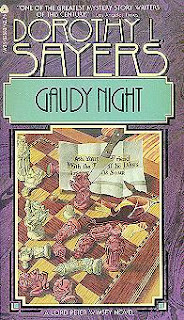 In the spring of 1993, before my high school graduation, before I would start my university education at Seattle Pacific University in the fall, I read Dorothy L. Sayers Gaudy Night. Not only does it contain a fascinating mystery, complete the courtship between Lord Peter Wimsey and Harriet Vane, but it explores the argument of the ivory tower v. real life. That is, can a person immerse themselves in the world of learning and teaching, in the academy, and live only for learning and teaching.

Before that spring, I had expected to spend my life as a teacher and a writer. After reading Gaudy Night, I realized I would never be an excellent writer. And soon, after some attempts at teaching at SPU, I realized I was a lousy teacher. All my future plans kinda died.

I did finish my degree at SPU in English literature, got married, then moved to NJ in part to pursue graduate school, or at least that was the plan. It never happened. I even took the GRE one spring. 2001? Maybe? Life didn't go that way, I didn't go that way.

Since I haven't blogged in more than a week, you can tell it's been tough going around here. My body is not cooperating by staying well and pain free. Nonetheless, I was able to walk a little more than 7 miles, which is more than the previous week and the week before that, so, progress.

Some post cards of notice from this last week 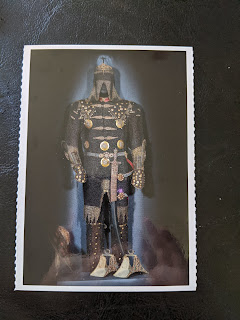 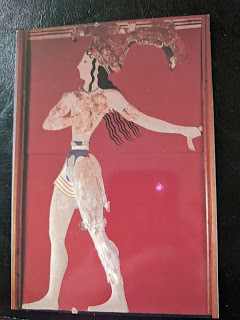 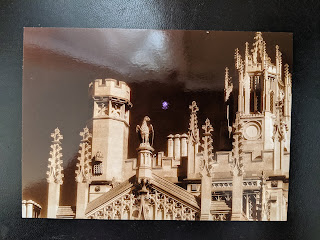 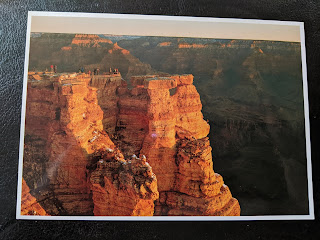 My book choices have been all over the place: contemporary romance, post-apocalyptic romance--it's not a genre I usually like but I make exceptions for Ruby Dixon--and young adult urban fantasy, which I read mostly to find books my daughter will read because she's still in a zombie fiction phase. Marshall and I made decided to spend more time together watching things I've been promising to watch with him. I do best with only one episode per evening so after finishing the latest series of Doctor Who last week (which we barely liked), we watched Good Omens this week (which we did like, all heresy aside), we watched the last 2 episodes of Steven Moffat's Sherlock, and then last night, Ford v. Ferrari, which he likes and I tolerated. Christian Bale and Matt Damon were excellent but everything else was slow and annoying. And it failed the Bechdel-Wallace test. I mean, even Train to Busan, a Korean zombie movie, passes that test. Funnily enough, The Last Jedi passes that test but I don't think Rise of Skywalker does. We liked the former more than the latter. Does it mean that in order to be a good movie it has to pass the test? Not always, but good movies often do.

Movies from 2019 that I liked and saw (some) in the actual movie theatre:

And I need to go eat lunch. Here's your palate cleanser:


I wish I'd had this when I needed to learn geography.
Posted by Sarah Boyle Webber at 2:01 PM