I always know that I'm feeling better, that my depression is retreating, when I can pick up my cross stitch project again. (I always have something going; someday I'm actually going to finish Celestial Dragon.)

For some reason, I can't find any pictures from last year. Ah, well. Some things are just permanently lost to cyberspace. 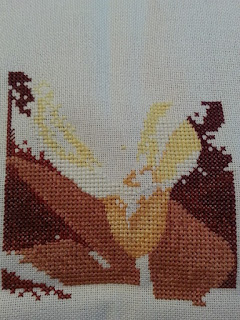 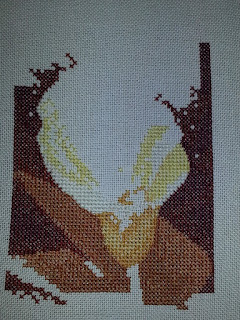 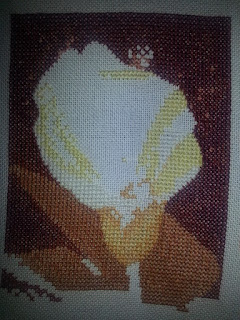 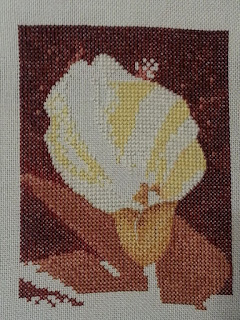 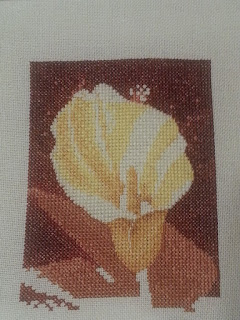 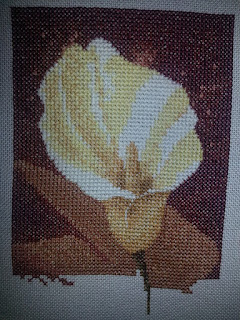 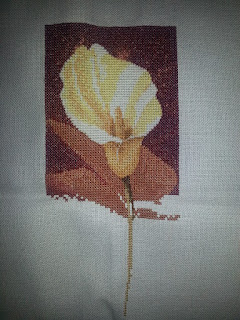 And here is Celestial Dragon which I started 5? years ago. I hope I wrote it down somewhere. 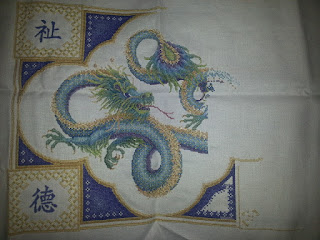 Here's a link with details.

I had 3 yards of black mulch delivered around April 25th. I quickly got it spread over the first third of the flower bed because it's much easier to mulch hostas when they are tiny. And then, I got busy. Or sick. Or tired. Or lazy. Or despondent. And the pile of mulch lingered and mocked me every time I looked out the window or walked past it to get in the car.

On Saturday, we celebrated with Marshall's sister and her family and she mentioned how my twelve year old nephew had few opportunities to earn cash and I was suddenly inspired. So, Sunday afternoon, he came over and shoveled and wheel-barrowed and spread all kinds of mulch for me. While I weeded. And weeded. And weeded. He also cut the boxwood most handsomely.

Here are some before pictures: 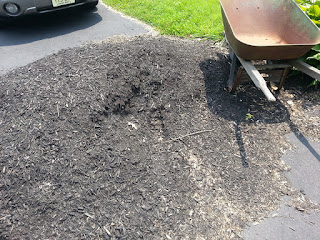 Large pile o' mulch with the wheelbarrow at the ready. It's been catching rain for us for months. 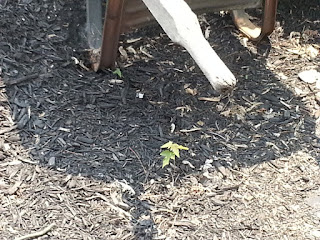 Two small maple trees growing out of the mulch. 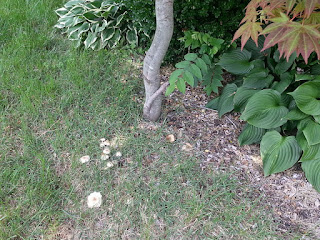 Poor Japanese maple overgrown by grass and weeds and mushrooms. 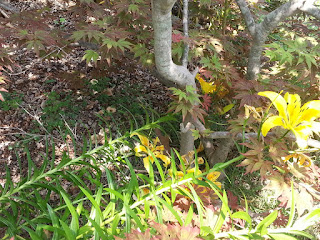 The other Japanese was similarly overgrown. 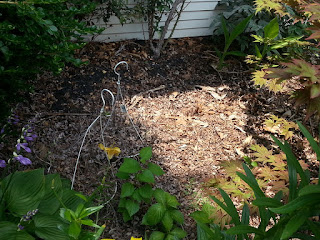 Last years hanging baskets, long dead, hiding behind the maples. The boxwood overgrown. The roses in desperate need of trimming and feeding. 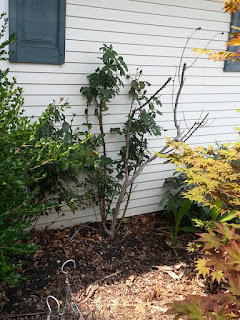 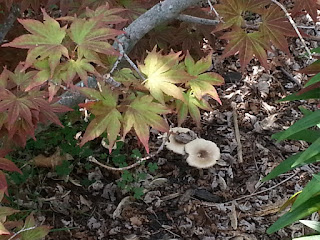 Here are some of the after shots. 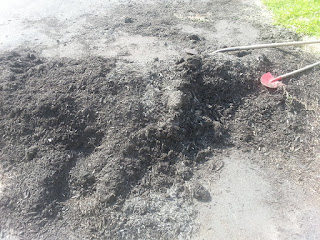 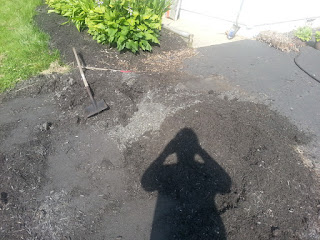 A much smaller mulch pile. 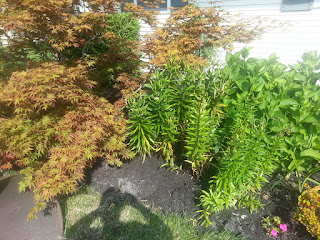 Mulch, mulch everywhere. And hardly a weed to be seen. 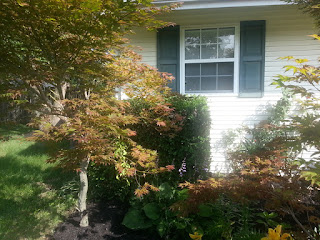 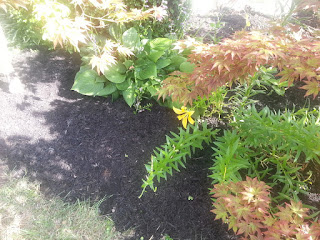 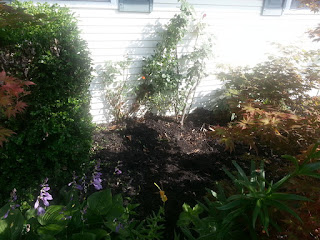 More mulch, less weeds, and hanging baskets have been relocated ... 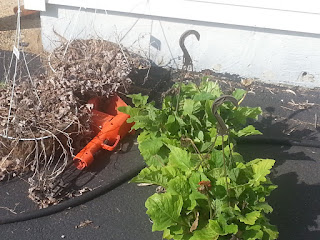 ... to the driveway for now. Last year's baskets are intact and just need something replanted in them. The Gerberers I bought in the spring have stopped flowering so I'm thinking they are done for the season. I wonder if they are worth saving.

The butterfly bushes haven't been mulched in years and are much happier looking today. 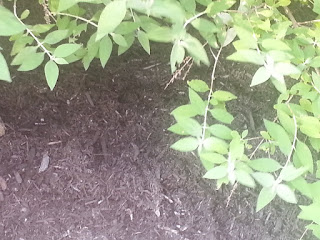 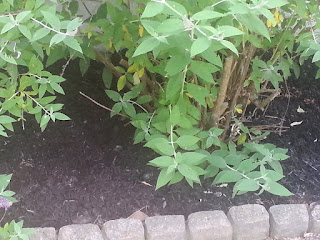 Of course, they'd probably have more flowers if I watered them, ever.

The moral of the story is: when you are stuck on a project, get help. Young relations with strong backs and energetic spirits are ideal.
Posted by Sarah Boyle Webber at 6:16 PM 2 comments: