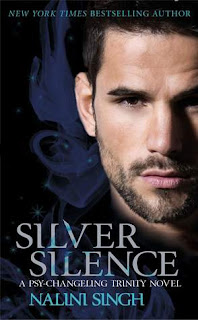 (It's been fun choosing a book to head every post, which I only did the first day because then it explained by title but now I can pick a new one every day! I can't remember how many times I've read Silver Silence since it was published in 2017--half a dozen at least--but I never get tired of Russian bear Changelings. Russian bears! They are hilarious.)

Angry Birds toys I have repaired

Today Nico from Angry Birds Rio got his hat reattached, which I recall Alex detaching almost as soon as he came into the house, years ago, and a small seam in his butt sewn closed. Photographic evidence of the change was difficult to gather. 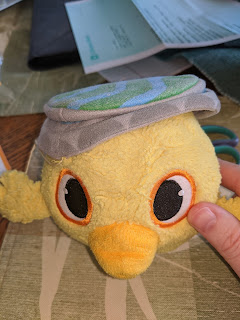 Strange postcard of the day

I myself have never visited Epcot Center and my mother only went for the first time last year, but this post card is old. I'm wondering if my paternal grandmother went, years ago, and brought postcards back. That's my best guess. 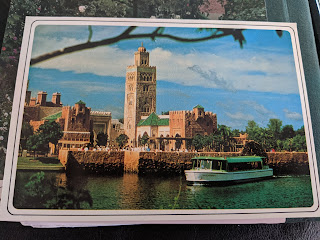 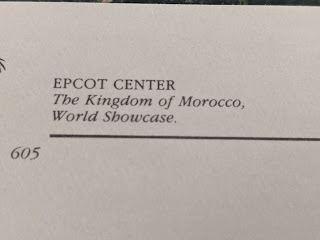 So I had some bank deposits that had been sitting around for a while and then I needed to do one for my mother in law's estate but her bank is a 20 minute drive from our house so I'd been putting it off. I was feeling decent earlier so I decided to just drive down to her bank, and then hit our bank and McDonald's on the way home. (One of Alex's food groups is McDonald's French Fries, and right now we're trying to put even a tiny bit of body fat back on him because he's growing faster then his limited calorie intake can manage. And I got McFlurries for Marshall and Miranda. Because I'm nice.)

I felt okay on my drive down (I swear, I missed every single light down Hainesport-Mt. Laurel Road to Greentree) but I was dizzy by the time I got back. So I'm not perfectly well; still enough sick that going out is inadvisable unless I'm just going to sit in the car. Lemme tell you how that makes me feel: 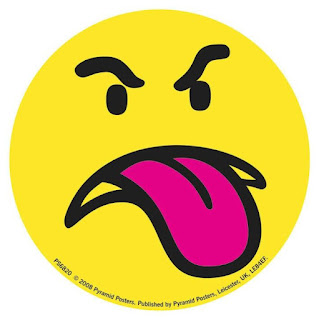 But a dear friend offered to do our Aldi shopping, so that's one less worry. Bless you, friend.

There's not a whole lot of other new news. Miranda is still pretending to do her homework. I have yet to log in to Google classroom. Alex has been assigned by his counselor to work through "cartoon interactive social story type activities" on the computer and watches the clock until his allotted time is done. Marshall continues to work too many hours to reasonably ask him to deal with any of his other stuff around the house. He watched The Ring last night, the American version, which he said was okay. I read another Barbara Freethy book in her Off the Grid series, which has an over arching mystery along with one to be solved in each book. I've read 4 with 3 more to go and I'm curious enough to finish them this week to find out whodunit in the larger story. I have suspicions but Freethy writes cleverer mysteries that most people give her credit for. She's not as popular or flashy as Jayne Ann Krentz/Jayne Castle/Amanda Quick (all the same person but publishing under different names for different genres) or Christina Dodd. Even the Queen, JD Robb aka Nora Roberts, with her towering in Death Series, often has obvious villians. (One of my accomplishments this year was finishing book 50 of the in Death series, the latest published. Most of the books I read last year were written either by Nalini Singh or JD Robb and I really have no regrets.)

What's funny is when I count my authors (I love Goodreads; it's like having an extra brain) and I realize how few male authors I read any more.

Except for the odd historian or graphic novelist, that's it for male authors in the last 3 years. I'm not sure if that says more about me or about them.

Now I really need to stop and scrounge something for dinner.