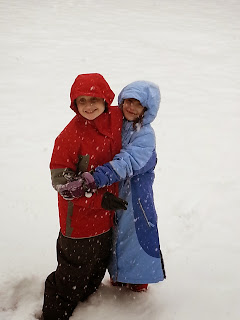 Well, we made the deadline, due to Marshall's diligence and the fact he bribed me with a dinner at Red Robin to get me to finish my portion. Smart man. Here's the link for you.

And, for old time's sake:


Posted by Sarah Boyle Webber at 10:39 AM No comments:

Almost Halfway Through the Dark 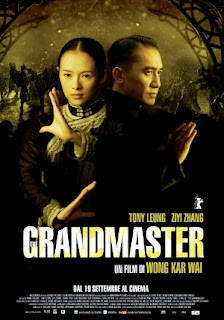 I don't really have the energy today for a real blog post, but I was thinking of movies this week and planned, on Tuesday, to go see Thor 2 today, which is why Alex immediately came down with an ear infection that upset all of my plans. I might still be able to see Hobbit 2 tomorrow; it depends on how my honey is feeling after wrenching his back on black ice in the driveway on Tuesday. Not the best week.


January 11
Zero Dark Thirty (I went to see this with my father, at his suggestion, and was so impressed, even though I expected Kathryn Bigelow's film to be good because I am a fan of The Hurt Locker. And Jessica Chastain is as good as advertised.)

January 18
The Last Stand (I tried to watch it on DVD but only made it half an hour in before the excessive body count turned me off. Sorry, Arnold.)
Broken City (I would still like to see this because Russell Crowe's performance is supposed to be better than his Les Miz embarrassment. And I've always liked Wahlberg.)

January 25
Hansel & Gretel Witch Hunters (I know, it looks awful, but it does have Jeremy Renner. I keep thinking Renner might be worth it, but I have yet to check out the DVD.)
Parker (Saw it on DVD. Jason Statham and J-Lo were interesting together, but it was very bloody. Not my favorite Statham film.)

February 1
Warm Bodies (This is an amazingly charming take take on Romeo & Juliet. We saw it on DVD and highly recommend it, although the zombie stuff was a little gross for me.)

February 15
A Good Day To Die Hard (The reviews were so bad I never went to see it. I only made it through the first half hour of Live Free or Die Hard before I got bored and turned it off, Timothy Olyphant notwithstanding.)

March 1
Jack the Giant Slayer (I never saw this but still want to; Nicholas Hoult is a new favorite of mine after Warm Bodies.)

March 8
Dead Man Down (I watched this recently on DVD. It reminded me of Spartan in that its plot was, well, spartan, and difficult to follow. I never realized, through the whole film, that it takes place in NYC. I thought it was just a large city in Europe. Farrell and Rapace are good, but I already like them.)
Oz the Great & Powerful (I saw this in the theatre with my mother-in-law and we liked it. Visually stunning, to be sure.)
Emperor (Never managed to see this; still want to.)

March 22
Olympus Has Fallen (Saw it on DVD. Almost turned it off after the enormous body count in the first half hour. Still like the actors, but was endured rather than enjoyed.)

April 19
Oblivion (Never managed to see this; still want to.)

May 10
The Great Gatsby (Did not see it. Might still.)

May 17
Star Trek Into Darkness (Totally awesome! Benedict Cumberbatch was so good I might actually watch him as Julian Assange just to see what he'll do.)

May 24
Fast & Furious 6 (I enjoyed it, but I still think Fast Five was better.)
Epic (Never managed to see this; still want to.)

May 31
Now You See Me (I saw this at the recommendation of friends and really liked it. Mark Ruffalo was excellent.

June 7
Much Ado About Nothing (Lots of fun. Still haven't watched the disc all the way through. Life's been rather full.)

June 14
Man of Steel (I enjoyed it and still want to see it again.)

June 28
White House Down (Never managed to see this; still want to.)

July 5
Despicable Me 2 (It was delightful.)
The Lone Ranger (Never managed to see this; still want to.)

July 19
Red 2 (Never managed to see this; still want to.)
R.I.P.D. (Saw it with my parents and it was okay. Ryan Reynolds is good, but he was much better in Safe House.)

July 26
The Wolverine (I liked it; Jackman is always good.)

August 2
2 Guns (Would still like to see this.)
Europa Report (Finally watched it a couple of weeks ago. It was good but a little too close to a horror movie for me to love it as much as Moon.)

August 9
Percy Jackson: Sea of Monsters (I like Harry Potter but I love Percy Jackson, so I will keep seeing the movies, no matter how bad they might be. This one was okay, considering it was based on the book I consider most difficult to film.)
Planes (Never saw it; reviews were uniformly awful.)

August 16
The Butler (Would still like to see this.)
Paranoia (Avoided because of the awful reviews.)

August 23
Mortal Instruments: City of Bones (I have decided since I hate the books I will avoid all of the films as well. Besides, the reviews were awful.)
The World's End (Not my usual fare but the trailer makes it look hilarious. Still want to see it.)
The Grandmaster (This is absolutely exquisite. Highly recommended.)

September 6
Riddick (I had to choose between this and Grandmaster; I chose the later.)

October 4
Gravity (I didn't manage to see this, but my husband loved it. I'm sure I'll see it on DVD).

October 18
The Fifth Estate (Still interested because of Cumberbatch, but haven't seen it yet.)
Escape Plan (Still want to see this.)

November 1
Ender's Game (I read the book for the first time last fall and found the kid-on-kid violence pretty hard to take, but it is a compelling story. Still hoping to see it in the one theatre still showing it.)
About Time (Still want to see this.)

November 8
Thor: The Dark World (Still hoping to see this. We need to stop getting sick!)

December 6
Out of the Furnace (The good reviews have piqued my interest.)

December 13
The Hobbit: The Desolation of Smaug (Hope to see this tomorrow.)

December 20
Saving Mr. Banks (Mary Poppins is still one of my favorite movies, even if my children refuse to watch it.)
American Hustle (Looks fascinating.)

Posted by Sarah Boyle Webber at 6:40 PM No comments: