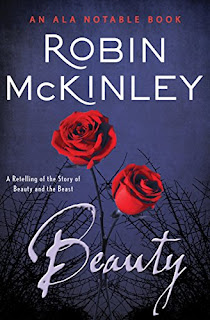 (Favorite book from seventh grade that I was just thinking today needs a reread.) 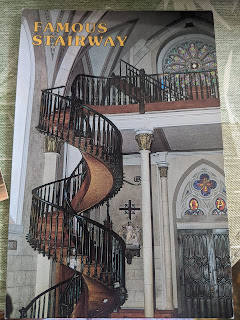 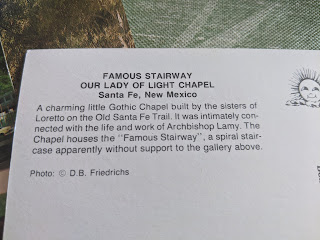 My father grew up in Los Alamos, New Mexico. My only visit to his old haunts was in 1992, when I joined he and my mother in a trip to Sante Fe to bury his father. So it's possible I could have purchased this in 1992, but it's more likely that my mother bought it on a more recent trip to NM she took with my dad.

Today, I think the card got sent to my youngest brother's house in CA.

Also, Angry Birds plushies that I have repaired: Matilda

Alex loves the fact that we're stuck in the house and he can now shove all his limping stuffed animals at me for repair. I am not the most accomplished seamstress. 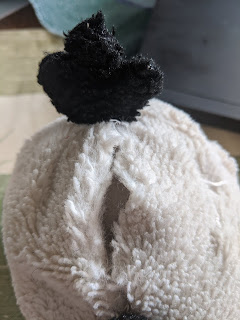 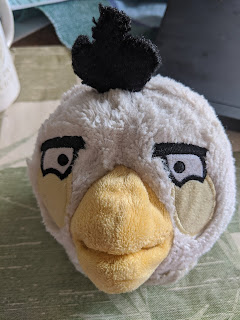 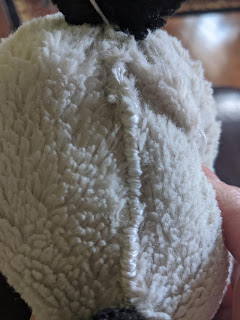 How many Angry Birds do we have? A dresser full. I'll take a picture next time Alex has them all out for an event.

How do the birds get damaged? He pounds them into each other, reenacting some battle or other from Star Wars and a seam will start to give, and then he'll stick his fingers into it, making it larger, and then comes to me complaining that it broke. I've already done several of the smaller birds and on Saturday night, I had to sew up the rest of Might Eagle's throat that I hadn't previously repaired. Maybe by the time I finish all the bird repairs I'll have the energy to bring out my cross stitch stuff, which I haven't touched since my father in law died in 2016. That was a tough year. Though 2020 might beat it.

So, the kids and I are now on day 10 of low grade fevers, headaches and general blahs. Do we have Covid-19? I dunno. The fevers never go above 100 degrees, nor do any of us remain feverish all day long. Our energy is lower and an appetites are definitely reduced. I haven't called the doctor because she's going to tell us to rest and drink fluids, which we are already doing. It means I have only left the house to weed the front flower bed and I'm getting a little crazed. At least I got to go to the grocery store before. Marshall went to Costco on Saturday and we're going to need him to go on a trip to Aldi soon; we can't run out of turkey bacon and scrapple. Well, we could, but it would mean Miranda and I wouldn't have breakfast and that could be scary.

Marshall has been binging on movies to cope with the lock down while I have, mostly, been reading instead. (If you've known me for five minutes, this is not a surprise to you.) If you want to follow my reading, you can stalk me on Goodreads.


Scripture readings for today are Proverbs, Luke and Deuteronomy (that I haven't listened to yet). I shall be glad to leave the Pentateuch soon but after all the fun blood lettering of Joshua there's all the depressing blood letting of Judges. I'm actually looking forward to the prophets this year. I started the Bible in One Year app last July so I'm counting from there as my read the whole Bible mark. Then I'll just start again.